Cancer in the classroom. 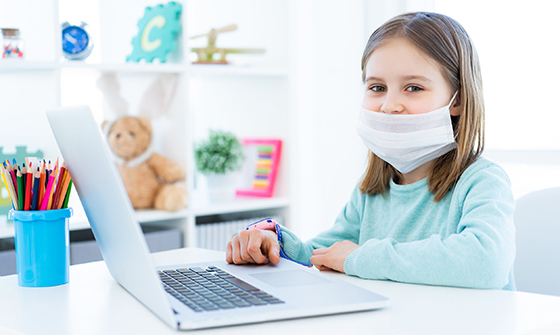 If anything good came from the COVID pandemic, it’s that parents across the country got a window into what their children are being taught in public school. “Zoom school,” as a lot of us called it, allowed parents to see firsthand and in real time what is being taught in classrooms. In many cases, it is appalling.

When you and I were kids our teachers told us that America is a great country. We were told that our country was born on July 4, 1776 – the day that the American colonists declared that the only just government is government by consent of the governed. In my own case, Mr. Hanscom asked us to consider the last sentence of the Declaration of Independence, which reads,

And for the support of this declaration, with a firm reliance on the protection of Divine Providence, we mutually pledge to each other our lives, our fortunes and our sacred honor.”

Mr. Hanscom asked us, “After life, fortune and honor, what else is left?”

No teacher that I had ever took the position that America was or is perfect. Our curriculum certainly opened our young eyes to the horror and abject immorality of slavery.

But on balance (the key word being “balance”), we were taught to love our country. The similarly taught generations of Americans that preceded us can be credited with lifting more people out of poverty and freeing more people from bondage than any other society in all of history.

It is sad to say but nevertheless true that in too many schools today, love of country is no longer taught. In place of American patriotism children starting in elementary school are immersed in “critical race theory.” Critical race theory is a cancer that left unchecked will metastasize and kill our wonderful nation.

Critical race theory teaches white children that they are guilty of original sin simply for being born white while simultaneously teaching black children that because of “white supremacy,” they don’t have a chance. Proponents of CRT to a person revere Martin Luther King while seeing no irony at all in the fact that their corrosive doctrine stands squarely at odds with words he so famously spoke:

I have a dream. That my four little children will one day live in a nation where they will not be the color of their skin but by the content of their character. I have a dream today!”

Critical race theory is a hateful, divisive, cynical doctrine that is the very embodiment of evil. It must be yanked out of school curricula root and branch. Senator John Kennedy of Louisiana, who is an American treasure, in trademark fashion recently eviscerated critical race theory. He said,

America is not a racist country. We have racists in it, just like everywhere else. But most Americans, black and white, think a whole lot more about character than they do about race. They believe in equality and most Americans understand that to a bear, we all taste like chicken.”

Let me ask you. How much more clearly could it be said?