Irony, thy name is Biden. 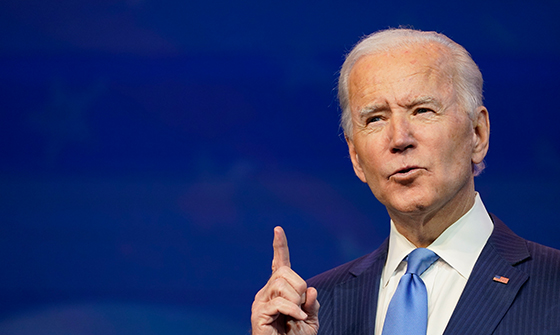 A cosmic irony is playing out right before our eyes.

You’ll remember this time four years ago when the “Russian collusion” narrative promoted by the left was gaining traction. There was no way that a barbarian like Donald Trump could beat Hillary Clinton for the presidency absent the assistance of some malign outside force. It just wasn’t possible.

That outside force, for purposes of advancing the left’s narrative, was Russia. Massive effort was put forth by the top people in the Democratic Party and the media (but I again repeat myself) to end Trump’s presidency forthwith on the justification that he had obtained the office illegally. But for “collusion” with the Russians, who somehow cast a spell over 63 million American voters spread across the entirety of the North American continent, Donald Trump would have lost to the much more qualified Hillary Clinton in a landslide. It was only with Russian help that Donald Trump pulled off an impossible win, and as a result of that help, was in the pocket of Russian president Vladimir Putin.

The rest is history.

Special counsel Robert Mueller was appointed and upwards of 40 million taxpayer dollars got spent investigating Donald Trump and his campaign. All the while the media – using little tidbits of information leaked by the Mueller team and simply making up whatever else they needed – spent 30 months yapping about “bombshell” developments and “the walls closing in” and “the beginning of the end of the Trump presidency.”

All of it turned out to be a total crock.

Fast forward four years and consider Hunter Biden. For the benefit of you who have just returned from an Antarctic research expedition, or whose news consumption has been confined to that of the legacy networks (either of which would isolate one from knowing what’s really happening in the country), Hunter is the Biden son who got kicked out of the Naval Reserve for testing positive for cocaine. All of his jobs have been of the “my-daddy-is-a-senator-slash-vice president” variety. Aside from an Ivy law degree and his last name, his résumé is rather thin.

But we know from publicly available evidence that he has taken in millions of dollars working at no-show jobs and being on boards of directors for companies and organizations in Ukraine and China – companies and organizations that would greatly benefit from access to the highest levels of the U.S. government. We also know from divulged emails that a good chunk of that money got kicked up to the “Big Guy,” a.k.a. President-elect Joe Biden.

Now there’s some irony for you.