The Biden presidency will be costly – to Democrats. 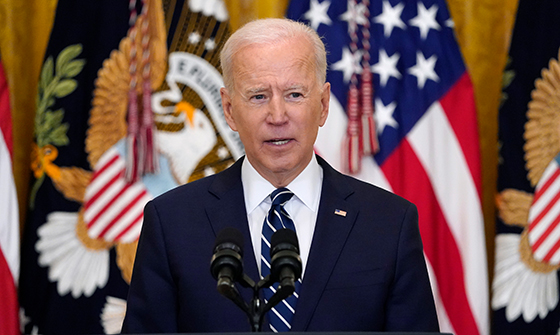 President Joe Biden speaks during a news conference in the East Room of the White House, Thursday, March 25, 2021, in Washington. (AP Photo/Evan Vucci)

For all of President Joe Biden’s frequent incoherence, a great deal about his presidency is as clear as it can be. Biden intends to raise taxes – particularly on capital and investment, reopen the country to a flood of poor, uneducated, illegal immigrants from Mexico and Central America, restore cumbersome regulations on business, strangle the oil & gas industry in the name of climate change, abandon America First as a guiding foreign policy principle and relentlessly pursue an agenda of identity politics.

It’s all happening right in front of us. Some of it will be watered down or stopped by the need for 60 votes in the Senate – unless Democrats are successful in doing away with the legislative filibuster. Much of it will be done via executive order.

All of it’s going to eventually cause problems for Democrats seeking election. You can thank Donald Trump.

As we said in this space after the 2020 election, Trumpism is here to stay no matter what happens to Trump. Donald Trump awakened the people who actually make the country work – the shop owners and mechanics and entrepreneurs and technicians and people who have to wipe their hands before they shake yours – to the fact that they have been getting screwed for 30-plus years by presidents and politicians of both parties.

Donald Trump was the first president of either party in three decades who neither condescended to nor took for granted the American middle class. The middle class is a uniquely American invention and a gift to the world. It is by virtue of the rise of the middle class that poverty became the exception rather than the rule that it was for most of human history.

The Bushes, Clintons and Obama all wrote off the manufacturing plants of the American heartland as anachronisms – relics of a bygone era. At least one of them wrote the people who worked in such plants off as “deplorables.”

Presidents of both parties either tacitly or explicitly supported the immigrant flood pouring across our southern border. George W. Bush actually hailed illegal immigrants as the people who would come to the country and do the work “that Americans won’t do.”

That Ivy-educated elites, Wall Street and Big Tech titans and the top people in Washington politics were all getting rich, while those in the middle and working classes were struggling to keep up amid wages that had stagnated for 20-plus years, was of little concern to either Democrats or Republicans.

Donald Trump was having none of it. All of the perfectly legitimate criticisms of Trump notwithstanding, on his watch wages rose, unemployment fell, order was restored on the border and prosperity flourished. For many traditional Democratic voters – notably blacks and Hispanics – it was their first-ever taste of prosperity.

None of that will be soon forgotten – particularly as Biden policies of higher taxes, open borders and increased regulation take hold and provide a jarring comparison.

Which means that whatever Democrats attain during a Biden presidency in the near term, they will pay for dearly over time.