The first thing we do let’s get rid of the experts. 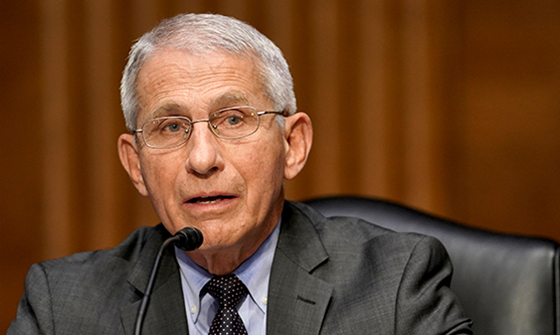 Eighty years ago America’s military experts successfully executed the D-Day invasion on the beaches of Normandy, France. It was the largest amphibious military operation in history and it resulted in the defeat of Nazi Germany.

Immediately following World War II our nation’s medical experts developed vaccines that effectively eliminated such terrible diseases as polio, tetanus, measles, mumps, chickenpox and about a half dozen others.

In that same period our nation’s infrastructure experts were designing and building the Interstate Highway System that connects the 48 contiguous states and makes interstate commerce efficient and low-friction.

While the interstates were getting built our aerospace experts were busy commercializing jet air travel and putting men on the moon.

There is no question that the 30 years immediately following World War II was a gilded age for American experts.

But the past 50 years? Well…not so much.

The actual experts that built post-war America have retired, died off and left the scene. They have been replaced not by up & coming protégés but instead by an elite “expertocracy” – as columnist Kurt Schlichter has dubbed them.

Almost to a person, members of the expertocracy hold degrees from elite universities – most from the Ivy League, live on one or another of the coasts, are avowedly liberal in their politics and are, generally speaking, devoid of much real-world accomplishment other than earning the Ivy League degrees over which the elite media fawn. Rather than quietly, efficiently – and for the most part, anonymously – solving problems and getting things done, they instead spend enormous amounts of their time on cable TV news shows telling the rest of us how smart they are and how dumb we are.

All of which might be somewhat tolerable if their record was good. It’s not.

We have not had a decisive military victory since World War II. Our delivery of healthcare, while for the most part still technically competent, is a financial catastrophe. Thanks to Ivy-educated educrat experts, the current crop of college graduates is buried under a one trillion dollar-plus mountain of debt.

On the subject of education, our education experts have given us the massive, dystopic, dysfunctional hellhole that we call American public school. Other experts have given us Obamacare, the Iraq fiasco, the 2008 financial crisis, the rise of China as a malign global threat, crumbling, crime-plagued cities and most recently Dr. Anthony Fauci and his ruinous – and we now know, unnecessary – coronavirus lockdown.

It is Lord Fauci who is, at the moment, the very face of the American expertocracy.

Through it all the experts have made themselves very rich while we who actually work for a living saw our real incomes decline for most of the past 30 years.