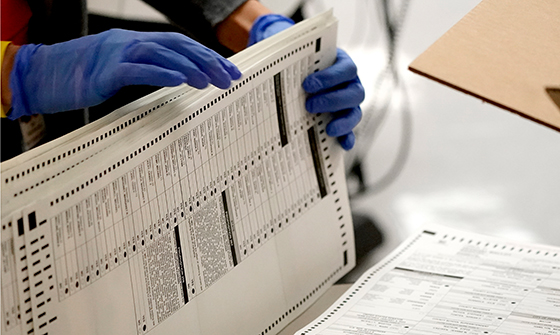 The highest priority legislation on the Biden agenda went down in flames this week.

House Resolution 1, along with its companion, Senate Bill 1 (together mockingly named the “For the People Act”), got their number designations for a reason. For elite Democrats, the enactment of “election reform” that favors Democrats is Priority 1.

The elite echelons of the Democratic Party are beside themselves in their opposition to state voter ID laws. Democrats are willing to do nearly anything in order to enact into law the shenanigans that culminated in what we saw following the election of 2020. Who can forget “mail-in” ballots that bore no creases from having been folded and placed in envelopes? Who can fail to remember boxes of ballots that were “discovered” late in the night and early the next morning “hiding” under tables?

Mail-in ballots and come-one-come-all voting make it easier for Democrats to win elections. Such is particularly the case in deep blue, big-city counties in “swing” states that could go either way depending on who votes and who counts the votes. Enshrining into law such things as un-trackable mail-in ballots and prohibitions on positive voter identification makes it possible for a tiny handful of county election judges to swing an entire national election. Thus the howling by Chuck Schumer and other top Dems at this week’s failure of the “For the People Act.”

All of this dovetails into a just-concluded poll by the Monmouth University Polling Institute. Here’s the headline. Despite what elite Democrats and the media would have you believe, an overwhelming 80 percent of registered voters believe that requiring a photo ID as a prerequisite to casting a ballot is a good idea. Eighty percent. That means that even a sizable percentage of Democrats favor voter ID.

The far-left loon wing of the Democratic Party (read: the ascendant wing) is apoplectic. Requiring a photo ID in order to vote disenfranchises minorities, they cry. It’s racist to impose upon people of color the burden of getting to a government office to obtain a state ID. Never mind that people of color access government services on a regular basis with no difficulty at all.

But there’s more in the Monmouth poll. It says that fully a third of Americans believe that Joe Biden is president only because of election fraud. Think what you will pro or con about such claims, it is nevertheless true that we’ve never had a third of Americans distrusting a presidential election before. The Biden presidency trades at a significant discount in the marketplace of public opinion as a result.

As we said in this space shortly after election day 2020, if Joe Biden truly believes he won the election fair and square, he should welcome any measure that would confirm that belief.

Vigorous resistance by Democrats to measures that would increase confidence in the integrity of elections – measures that fully eight out of ten Americans support – can only mean one thing. They don’t like their chances in a straight up free, fair and open election.