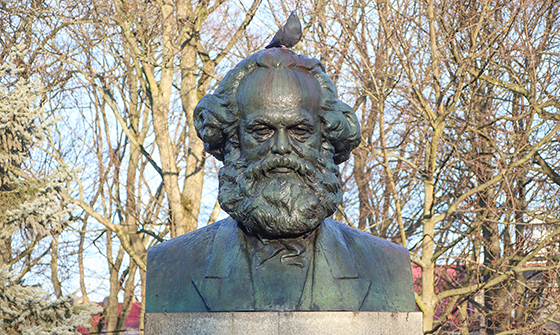 Marxism is defined as the social, political and economic policy of the 19th century philosopher Karl Marx. Marxists believe that capitalism is a class struggle between the minority who own the means of production (the bourgeoisie) and those who work for the bourgeoisie producing goods and services (the proletariat).

Marxists believe that capitalism is inherently unfair to the proletariat and that the state – rather than individuals – should control the means of production and then distribute the proceeds from such production equally to every member of society.

Marxism as a form of government has never worked and the doomed attempts to make it work have always led to loss of individual liberty, political repression and the imprisonment (and worse) of those who dare to speak out against its manifest failings.

Marxism is so vile and so antithetical to the American ideals of personal liberty that I have always been careful about applying the label. However, with the help of the leading lights of media, academia, politics and show business, the label is becoming increasingly apt.

The Black Lives Matter movement is avowedly Marxist. So, too, is Antifa. A high percentage of the drivel that falls from the mouth of New York Democratic Representative Alexandria Ocasio-Cortez could have been written by Karl himself. The same for crazy Uncle Bernie from Vermont – who almost won the Democratic presidential nomination last year.

Some in our society – show biz stars, leftist college professors and the perpetual adolescent children of wealthy coastal liberals – are cheering a revolution that they believe is underway. They applaud the urban riots of last summer, the taking of knees by overpaid athletes and the big city mayors that in the name of “equity” allow thieves to walk out of stores unmolested while laden with stolen merchandise.

To all of these leftists I say, “good luck.” Marxists have never been able to successfully govern any nation, let alone a nation with a two and a half century tradition of individual economic freedom.

The Declaration of Independence reminds us that people are disposed to suffer while evils are sufferable. In other words, we’ve been more or less putting up with the nonsense of those who have hijacked the Democratic Party and our cultural institutions. The problem for these loons is that our suffering is becoming too much.  Americans who live between the coasts (which is most Americans), own guns, call themselves Christian and produce the lion’s share of American economic output have had enough.

You can see the disgust of the heartland in the catastrophically bad ratings for pro sports and the Olympics It’s evident in the growing unrest of citizens in cities with mayors that won’t punish crime. You can see it in fed up parents showing up en masse at school board meetings.

A reckoning is coming for the Democratic Party in 2022. But even more important –and of much more consequence – is the reckoning that awaits corporations and cultural institutions who have been captured by the left, sewn the wind and now blithely await the whirlwind.