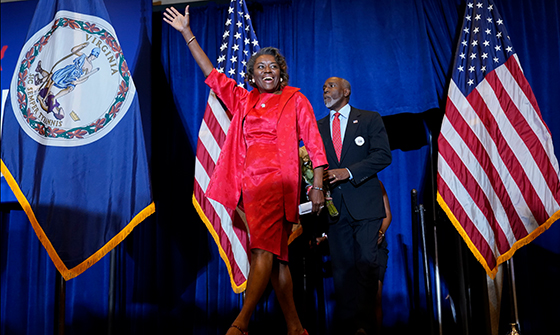 All eyes this week are on Virginia, where Republican Glenn Youngkin, a political rookie, upset the Democrat and career politician Terry McAuliffe in the race for governor.

In the realm of two-party politics it was seismic, and the aftershocks are still being felt. The Left, of course, is again gobsmacked. The reaction in the liberal punditsphere very closely resembles their meltdown following Donald Trump’s victory in 2016.

For the life of these people they simply cannot understand how voters don’t buy what they’re selling. There has to be some explanation. And the only explanation they can think of – and is thus the explanation that they trot out every time – is white racism.

White racists (read: conservatives, Republicans, Texans and the majority of Christians) stand at the root of all that is wrong according to our elite liberals. According to CNN’s Van Jones, white racism explains the election of Donald Trump. Listen to his learned analysis from election night 2016 as the reality of Trump’s victory was starting to sink in.

Now listen to this media montage from Tuesday evening as Youngkin’s victory was becoming apparent.

“Education, which is code for, white parents don’t like the idea of teaching about race.

“The delta variant of Trumpism. In other words, Youngkin – same disease – but spreads a lot faster and can get a lot more places.”

Roundly ignored by these geniuses is who won the race for lieutenant governor in Virginia. For them it’s simply unbearable that a black Republican woman named Winsome Sears – a proud Marine veteran – became the first black person in Virginia to win statewide office. In stark contrast to the angry, divisive and dead wrong elite liberal media analysis to which we were subjected Tuesday night, here’s part of what Ms. Sears had to say:

There are some who want to divide us and we must not let that happen. They would like us to believe that we are back in 1963 when my father came. We can live where we want. We can eat where we want. We own the water fountains. We have had a black president elected not once but twice and here I am living proof. In case you haven’t noticed I am black and I have been black all my life.”

The problem for Democrats is that they can’t run on their record. When voters react to the dystopic results produced by the policies they promote – as voters did Tuesday in Virginia – all Democrats can do is pull out the race card. Stained, crumpled and dog-eared as it is, it’s all they have.

Oh…and one more thing. If Barack Obama had sounded more like Winsome Sears during his eight years, we’d be far less divided today and he’d be well on his way to being remembered as one of America’s greatest presidents.