Crazy they call him. 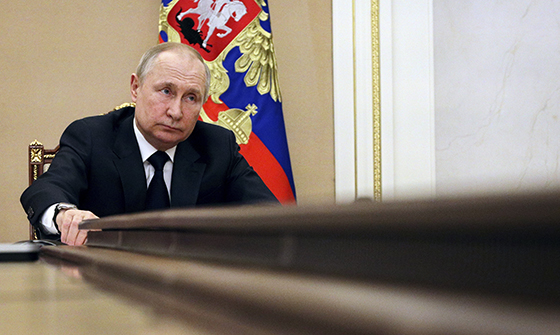 Since he invaded Ukraine, there has been much speculation as to the mental state of Vladimir Putin. Some “experts” have said that an inordinate fear of COVID has kept Putin isolated to the point that his sanity is in question. Some in the media claim to see a “changed” Vladimir Putin from the one they might have interviewed in years past.

The fact is, no one knows the state of Vladimir Putin’s mental health and none of us can read his mind. But we can know this. Vladimir Putin can do elementary school math.

And while he’s probably aware that some in the West might think he’s insane, he knows for certain that Western leadership actually is. That’s because Western leaders like Angela Merkel of Germany and Joe Biden (together with very nearly every other Democrat in America) have allowed their economies and the prosperity of their citizens to be subsumed into the “climate change” movement.

In the name of “saving the planet” from the “climate emergency” Western democracies have hobbled their oil & gas industries in the hope of promoting “renewable energy” and “green energy” and seemingly any kind of energy except the energy that can actually be used in the here and now.

Putin knows that renewable energy won’t replace energy from fossil fuel – certainly not quickly enough to replace the oil & gas production that Europe and the United States keep taking offline. He further knows that Germany will need enormous amounts of his natural gas to generate the electricity that no longer comes from the nuclear plants that Germany shut down.

Putin, whatever his mental state, knows that he now has Europe by the you-know-whats.

Thus, he is simultaneously enriched and emboldened to pursue his strategic interests as he defines them – which includes invading Ukraine – secure in the knowledge of the upper hand that Western leaders have so fecklessly given him.