It is the economy, stupid. 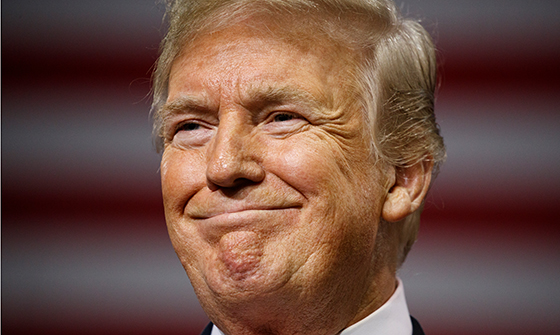 While Democrats and even some Republicans keep hoping for the bombshell from the never-ending Mueller investigation that will once and for all sink the Trump presidency, the Trump economy continues to roll. Last week, the Commerce Department announced that that second quarter GDP grew by 4.1 percent, a sharp increase from the dreary numbers that characterized the Obama years.

You’ll recall that we were told by the prior administration that this was impossible. In his 2013 fiscal year budget submission, President Obama said, “In the 21st Century, real GDP growth in the United States is likely to be permanently slower than it was in earlier eras . . .”

One election and one new administration later, and that load of bollox is out the window. It seems that with respect to business and the economy, conservatism works every time it’s tried. Get rid of stifling regulation, set tax rates that are competitive with the rest of the world and generally get government to quit hating business, and the American economy will do what it was put on this Earth to do; expand prosperity.

In Trump’s America of 2018, more people are working and fewer people are on food stamps. Unemployment among women, Hispanics and blacks is at all-time lows. There are more jobs open today in America than there are workers to fill them. The number one problem facing business owners today is not finding customers, it’s finding qualified people to put on the payroll to take care of customers.

The president’s success in turning the economy around has Democrats and their media enablers flummoxed. A thriving economy is hard to run against. It was James Carville, strategist for the Bill Clinton campaign in 1992, who coined the phrase, “It’s the economy stupid.” That line was meant for internal consumption to keep the campaign focused but it became the de facto campaign slogan.

Carville was right, of course. Voters care about their wallets first and foremost. When they’re advancing in their jobs and taking more home in their paychecks, they’re generally more inclined to overlook a sitting president’s shortcomings. If, instead of 4.5 percent growth in 1998 the country had been in recession, it’s possible that Bill Clinton might not have survived impeachment.

Intellectually honest economists are giving credit – often grudgingly – to Donald Trump for the current expansion. It is, like it or not, Trump’s economy and it’s booming.

But rather than celebrate that fact, Democrats and a persistent cohort of Republican ‘Never Trumpers’ keep looking for ways to discredit Donald Trump. And to a certain – and very limited – extent, I can understand. Sometimes I do cringe. Often, though I agree with what he says, I don’t like the way he says it.

So, you hate-filled Democrats and Republican “NeverTrumpers,” answer this. Do you honestly believe that a Hillary Clinton economy – or even a Jeb Bush economy – would be rolling like this one is?