Democrats should be ashamed. 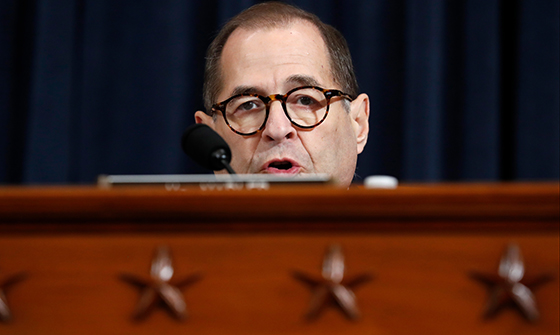 It’s a shame of incalculable magnitude and an embarrassment to the country that the House of Representatives – the “People’s House” – is going to vote articles of impeachment against President Donald Trump.

The mechanism of impeachment was created by the founders in order that a malfeasant president, engaged in or having done demonstrable harm to the republic, could be lawfully removed. The Democrats gravely disrespect the founders by reducing impeachment to a political tool in an attempt to accomplish what they can’t get done at the ballot box.

Impeachment isn’t a criminal proceeding. In a criminal proceeding, if violation of a specific statute can’t be shown, no prosecution can take place. That’s not the case with impeachment. Under our Constitution, House members– acting as representatives of the people who elected them – may determine at their discretion what is impeachable. The Constitution gives the House very wide latitude. That latitude comes with a concomitant burden of responsibility.

No such responsibility is on display. House Democrats are being grossly irresponsible. Misguided though they are, they are nonetheless not completely stupid. They know that there is exactly zero chance that the Senate – via a necessary two-thirds majority – will vote to remove the president from office. That makes their efforts cosmically cynical.

Their real goal is to wear the president down politically under cover of Constitutional process. They are weaponizing the foundational document of the republic for their own political gain. It’s abominable.

House Speaker Nancy Pelosi was correct a few months ago when she said to her caucus that impeachment, of necessity, must be bipartisan and broadly supported by the public. This impeachment effort is neither. As to broad public support, despite the Adam Schiff Goat & Pony Impeachment Show that took up much of November, and despite the media ceaselessly hyperventilating about “bombshell revelations” and the “walls closing in,” support for impeachment is dropping in every one of the national polls.

As to bipartisan support, it is unlikely that a single Republican in either the House or the Senate will vote in favor of impeaching President Trump or removing him from office.

On a day in the future when impeachment might actually be necessary, it will be harder to obtain public and bipartisan support, impeachment having been so trivially pursued in this present instance.

What is likely is that Democrats will find themselves hoist by their own petard in the Senate. There are political creepy-crawlies living under rocks that Democrats don’t want turned over. That won’t stop Senate Majority Leader Mitch McConnell from turning them over anyway.

All of this reminds us that Democrats even yet refuse to accept the 2016 election. Their weak-beer impeachment case betrays their primal fear of the 2020 election. With that election looming, and despite the Democrats’ best efforts, impeaching Donald Trump hasn’t reached critical mass. The clock is running out and the Dems are 4th and 22 on their own five.

The smart money has the Republicans taking over on downs first and goal.