The Trump economy rolls on. 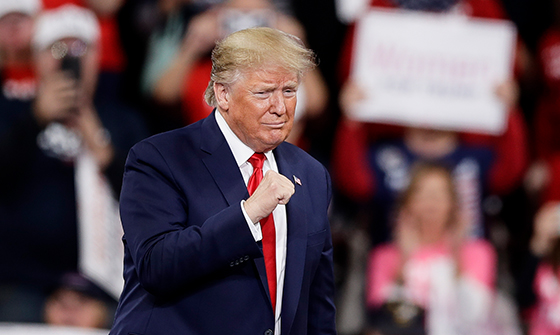 As the old saying goes, the dogs bark but the caravan rolls on. In the midst of the never-ending impeachment circus, and the release of the long-awaited DOJ inspector general report on the FBI’s nefarious attempts to undermine the presidency of Donald Trump, the Department of Labor released the monthly jobs data last Friday.

Prior to the release of the jobs report, the experts told us to expect that the U.S. would add 180,000 jobs in November – a good number to be certain but nothing to stop the presses. Then the number came in. It was 266,000 jobs added in November – nearly half again better than what the “experts” expected. That did stop the presses.

266,000 is a great number, but it’s a top line number and like most top line numbers, it tells only part of the story. You find the real goodies by drilling down. So it is with the November jobs report and here’s just a taste.

Nearly a third of the jobs created in November – 54,000 to be precise – were manufacturing jobs. You might recall that the prior administration was at some pains to tell us that we must simply accept the fact that American manufacturing jobs are an anachronism – a thing of the past. We were told that the desire for a robust manufacturing sector was little more than nostalgia for an age gone by. Get over it, they said. Candidate Donald Trump said otherwise and voters in Pennsylvania, Michigan and Wisconsin listened.

But wait, it gets better. According to the November figures, wage growth exceeded three percent for the 16th consecutive month. That’s a mark attained only three times total in the entire eight years of the Obama presidency. And lest you fall prey to the old lefty refrain that the economy is only benefiting those at the top, listen to this. Blue collar wage growth exceeded white collar wage growth in November. Non college grads’ wage increases eclipsed those of college graduates.

The November numbers were good news for minority voters. As of November, Hispanic joblessness has been under five percent for 20 straight months. African-American joblessness continues to clock in at the lowest levels ever recorded.

Consumers, as we all know, control about 62 percent of GDP and all of this drill-down data translates into a very sunny consumer outlook. In November, the Michigan survey of consumer sentiment registered above 95 for the 30th month of the last 35.

These numbers are unbeatable and the Democrats know it. With numbers not as good as these, Ronald Reagan took 49 states in 1984. Nancy Pelosi was around in 1984. She remembers what happened to poor Walter Mondale.

The Democrats aren’t stupid. They understand that they have little chance of removing Donald Trump from office via impeachment with evidence that is so weak in the face of economic data that is so strong. But it’s all they have.

And so the dogs of impeachment continue to bark – even as the caravan rolls on.