And these people want to run the country? 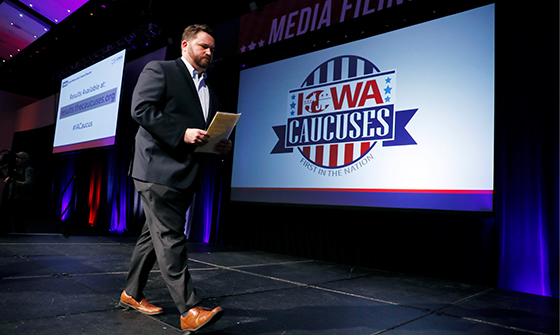 These are the people who want to run our lives. That’s the first thing that popped into my head Monday night when it became obvious that the Democrats in Iowa had flubbed the Iowa Caucuses.

A bit about the Iowa Caucuses. It’s a single evening of what has been described as “gatherings of neighbors” in each of the nearly 1,700 voting precincts in Iowa. The meetings take place in gymnasiums, school libraries, church social halls and private living rooms. As the Iowa Caucuses has for decades marked the first event of a presidential election year at which convention delegates will be chosen, the evening draws media attention greatly out of proportion to Iowa’s electoral stature.

It’s hard to overstate how badly the Democrats wanted and needed to get this right. Iowa marks the kickoff to primary season. Many times, the candidate who starts strong in Iowa capitalizes on the intense media coverage and goes into New Hampshire and the subsequent state primaries with momentum.

That won’t be happening this time.

Whether it winds up being Pete Buttigieg or Bernie Sanders on top in Iowa – at this writing it’s still not entirely clear which – all of the media coverage centered on the fact that the Iowa Democratic Party couldn’t count votes. A “coding error,” they said. A new app that failed. “What coding error?,” you have to ask. “What app?”

The quadrennial Iowa “gatherings of neighbors” are about as low-tech as you can get. Quaint actually. The average caucus site in Iowa’s 1,681 precincts draws about a hundred caucus-goers. The tally for each precinct should take about 15 minutes. Calling those results into party headquarters in Des Moines should take about ten minutes more.

Yet the Democrats couldn’t manage it.

The entirety of the fiasco Monday night in Iowa is an allegory on the Democratic Party’s impulse toward top-down command and control for the benefit of party insiders. The app that failed so spectacularly was created and sold by a company named Shadow, Inc. Its founder is a former Hillary Clinton campaign staffer. Shadow, Inc. is part of a complex web of companies and non-profits all linked to an organization called Acronym. Acronym, on its website, says its mission is to, “…build political power for the progressive movement by developing affordable and easy-to-use tools.”

Easy to use tools? Who needs a tool to count a hundred votes? Does Shadow offer a tool for screwing in light bulbs?

These are the people who maintain that they are uniquely qualified to take the reins of an ever-expanding national government in order to control every aspect of our lives down to when and under what circumstances we see our doctors. They want to run an $18 trillion economy of 330 million people spanning an entire continent but they can’t count the same number of votes as would be cast in a primary in Travis County, Texas.

Democrats know that Iowa was a disaster. But as to the irony it revealed, they are utterly blind.