Dems and the middle class. 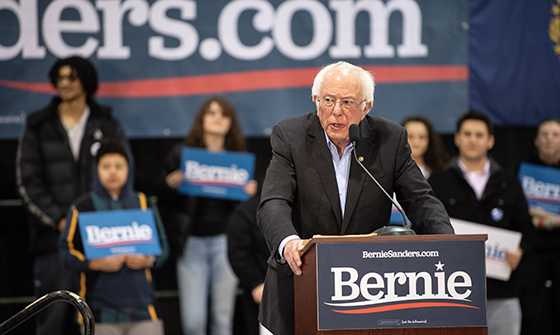 Democrats, long the self-proclaimed champions of the poor, are now declaring themselves the champions of another socio-economic cohort: the middle class. I just returned from covering the New Hampshire Primary and at every rally I attended, the candidate would somewhere in his or her stump speech intone about “hard-working middle-class families.”

But here’s the problem for Dems. A whole lot of folks in the middle class have figured out on their own that the best prescription for improving the fortunes of hard-working middle-class families is a strong, vibrant, growing economy. When President Trump in his State of the Union address spent the first ten minutes going down a long list of policy successes, a lot of middle-class voters were nodding in agreement.

The list is impressive and, discounting only slightly for some permissible self-serving spin from the president, verifiable.

Unemployment is at the lowest level in over 50 years. The unemployment rate for women is the lowest it has been in 70 years. In the past three years, more than 3.5 million people have entered the labor force. Real median household income is at the highest levels ever recorded. The approximately 150 million Americans who own stock – either directly or through retirement plans – have seen their portfolios increase in value by more than 60 percent.

For its part, the media was reduced to picking at nits. When the president said that seven million new jobs have been created on his watch, the media said, ‘not true, the correct number is only 6.6 million.’ Never mind that the consensus forecast when Trump took office was only two million.

(And, as a sidebar, it’s not just the middle class. Household wealth for every cohort is rising – but it’s rising fastest in the lower half of households. Since Donald Trump has taken office, seven million people have come off the food stamp rolls.)

Such empirical data is Kryptonite to Democrats. Democrats do well when voters are doing poorly. At one Bernie Sanders rally in New Hampshire, no fewer than three warm-up speakers stood in front of the crowd and told tales of financial woe.

Of course, the implication was that Bernie would make it better via redistributive government programs. The challenge for Bernie and the other Dems is that with the economy so strong, enthusiasm for such programs is shrinking.

Trump administration policies have demonstrated in ways that are tangible to the middle class that dreary government giveaways –with their attendant strings – are no match for lower taxes, lighter regulation and a resultingly stronger economy.

Promises of government palliatives don’t resonate with middle class voters who are, on their own, doing better than they have in years. Are we surprised, then, that a frustrated Nancy Pelosi petulantly tore up the president’s State of the Union address?