On the subject of coronavirus. 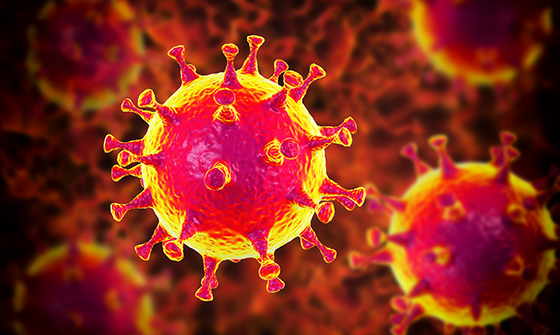 Last week in this space I asked the question of Democrats, “What is your coronavirus plan?”  That question was asked rhetorically in the wake of blistering partisan criticism of the Trump administration and its decisions made and actions taken – and not taken – since the world learned of the outbreak of an all new virus in China in January of this year.

The premise of last week’s piece is that no matter what the Trump administration does in response to the growing worldwide health and economic effects of the coronavirus, it will be criticized by his political opponents and in the media as either too much or too little – as it suits the convenience of the moment.

I stand by that assertion.

A lot has happened since last week’s visit – little of it good. The National Basketball Association and the National Hockey League have both suspended play in their leagues for the balance of the season. The NCAA’s Final Four basketball tournament has been cancelled. Major universities have ordered students to vacate campuses.

Major public events have been cancelled. An example close to home is Austin’s South by Southwest, an annual music, film and multimedia festival that draws over 200,000 people and has an estimated economic impact equal to that of a Super Bowl.

Companies have told employees to work from home. Thousands of meetings, seminars and conferences have been cancelled.

The travel industry has been devastated. One cruise line has cancelled all sailings. The airlines have been hammered. Across many industries, layoffs have begun.

And, of course, there’s the market. As of this writing, the Dow has lost 28 percent of its value since its record close just one month ago today.

We could go on. Suffice to say that market and public reaction to this new outbreak has been orders of magnitude more profound than what we witnessed with outbreaks such as SARS, MERS and the H1N1 influenza outbreak of 2009.

Thus, the question begs, is this massive reaction appropriate? Is it warranted by the facts? And the answer is, ‘Perhaps so. Perhaps not. But we just don’t know.’

But here’s what we do know. First, the H1N1 virus of 2009 killed huge numbers of people in the United States and worldwide and it did so rather quickly. But, H1N1 had the virtue of being an influenza virus. It was a form – albeit a particularly nasty form – of the flu. Flu is something that doctors, scientists and researchers understand.

This coronavirus is not a flu. It’s what clinicians call a novel virus – which is to say, all-new. Until it has been around long enough to be as well-understood as the flu, it will be scary.

Second, though it has a fairly mild effect on most patients – many actually never know that they’re infected – that virtue is negated by the fact that it is very contagious.

Third, it causes pulmonary illness. It affects the lungs. That means that people with compromised immune systems and chronic conditions like COPD might not be able to fight it off. Older people are at particular risk.

And fourth, common sense is a virtue. We’re being told to be diligent in washing our hands. We’re reminded to cough into our elbows and to cover our sneezes. Employers are telling workers that have symptoms like cough and fever to stay home.

These are things we should always do. It shouldn’t take a pandemic to remind us.

Common sense is a virtue when it comes to public policy as well. Having seen how disease can spread, and wreak social and economic havoc, not having operational control of the nation’s borders becomes positively indefensible.

Equally indefensible is allowing ourselves to become dependent on a hostile power like China for 80-plus percent of our antibiotics. Nuclear bombs are strategic weapons. So, it appears now, is amoxycillin.

It has been a rough week but here’s the good news. We’ll get through this. And we’ll be smarter and we’ll be stronger for having done so.