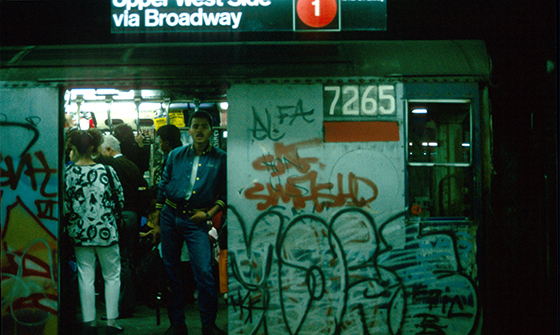 There’s a series on Netflix called Fear City. It’s a documentary series on the New York City mafia in the 1970s and 80s. It’s quite well done.

As I watch each episode, I am struck by the images from that era. My first business trip to New York was in 1973. I was a mere lad. New York City was a scary place – as I was constantly reminded by the locals. Don’t be alone on a subway platform they told me. Take cabs at night, don’t walk. Avoid Central Park altogether. The same for Times Square.

The city was filthy and covered in graffiti. Aggressive panhandlers blocked the sidewalks. Buildings like Grand Central Terminal were open toilets.

Going to New York was awful.

But that was before Rudy Giuliani. As you learn watching Fear City, Rudy Giuliani was a federal prosecutor and he was instrumental in taking down the New York mafia. Following his tenure in the U.S Attorney’s office, Giuliani became mayor of New York in 1994. He was the first Republican mayor of the city since Fiorello LaGuardia left office in 1945.

In his two terms, Giuliani almost single handedly saved the city. By the time he left office in December 2001, New York was regarded as the safest big city in the country. The rate of serious crime, like homicide and robbery, had dropped by two thirds. The graffiti that had covered nearly every flat surface had been scrubbed off. The squalid, filthy, pornography and peep show-riddled version of Times Square was replaced by a Times Square that is clean, tourist friendly and a spectacular nighttime visual treat. Broadway flourished. Restaurants flourished. Tourism boomed.

My business trips to New York became a pleasure.

Giuliani’s successor, Michael Bloomberg – to his credit – continued most of Giuliani’s policies.

But now, radically far-left Bill de Blasio is mayor and New York is quickly reverting to an even worse version of its 1970s form. Under de Blasio’s no bail policy, most accused criminals are released back out onto the street within an hour or so of being arrested. Predictably (unless you’re a far-left ideologue), crime is exploding.

People with the means to do so are leaving New York. The city is seeing its middle class and high-income residents depart in alarming numbers, hollowing out the tax base necessary to support the city’s greatly expanded social welfare programs. As a result, de Blasio is promising tax increases.

All of these things began before COVID. Post-COVID, New York stands to lose a third or more of its restaurants and street-level businesses.

The city may never recover.

It also validates two axioms of mine. The first is that conservatism works every time it’s tried. And the second is that leftism destroys everything it touches.