Maybe it was Trump’s fault. 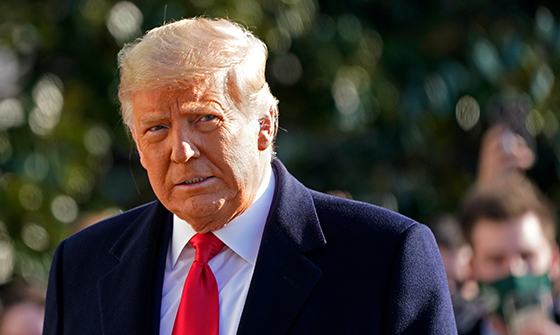 The fiasco in Afghanistan, the humiliation of the world’s only superpower and the abandonment of American civilians to the mercies of the Taliban – the entire sorry episode – may really actually be Donald Trump’s fault.

Don’t freak out. Work with me here.

Joe Biden certainly thinks so. On those occasions when he’s wheeled out of the senior center dayroom and propped up behind the podium, he never fails to take a swipe at Donald Trump. “The buck stops here,” he says. But in the next breath he says, “I inherited a mess from the previous administration.” That’s a crock and we know it.

If Trump had handled himself differently it is possible that he would have overcome all of the forces – real, suspected and vividly imagined – that were aligned against him in 2020. We would therefore not be dealing with an elderly political hack in the Oval Office who, as former Defense Secretary Robert Gates famously said, has been wrong about every foreign policy and national security issue for the past 40 years.

All emotion aside, the Trump presidency was a policy tour de force. From taxes to regulation to controlling the border to defanging ISIS to intimidating “that fat kid” running Korea (as John McCain characterized Kim Jong Un) to confronting the excesses of China to reviving America’s middle class to supercharging the economy; the Trump presidency was a cascade of triumphs.

But Trump’s personal behavior too frequently got in his way. He could have dialed it down – particularly after he won in 2016.

It’s undoubtedly true that someone needed to lob a flash-bang grenade into the Beltway establishment. Trump’s lobbing of that grenade brought about an overdue awakening of us in the heartland to the fact that the ruling class (of both parties) has been getting rich at our expense for decades. No Republican had ever called it out with the effectiveness of Donald Trump. (They didn’t much try.)

But once elected, Trump should have – in the expression of White House veterans – “worn the suit.” Certainly, by the fourth year of his term much of his name calling was as unnecessary as it was off-putting. By then, COVID notwithstanding, he had a record that reelection candidates dream about.

His base was always with him. But for some independent voters and too many Republicans, he had become toxic. His personality – effective as it was in 2016 – had become radioactive. So, those voters stayed home or they voted for Biden.

Might that have been the margin that no amount of election shenanigans – real or imagined – could have overcome? And given his record, does anyone seriously believe that a second-term Trump would have engineered the fiasco in Afghanistan that Biden gave us?

So, maybe it was Trump’s fault. But certainly not in the way that Biden wants to spin it.