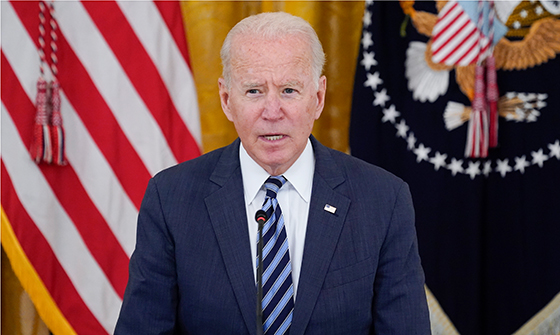 I think it’s fair to say that given a basic background briefing, a reasonably bright high school sophomore would tell you that if you’re the president, and you have military assets and civilians for whose safety you are responsible operating in a hostile part of the world, and if the desire is to exit that hostile region; the proper order of things is to withdraw unarmed civilians before withdrawing the heavily armed military.

Which begs the question, how is it that President Biden, Secretary of Defense Lloyd Austin, Joint Chiefs of Staff chairman Gen. Mark Milley and the rest of our hyper-credentialed best and brightest have gotten the Afghanistan withdrawal so tragically wrong? It’s pretty clear that Joe Biden has lost a step (or two). But surely someone could have said to him, ‘Mr. President, we need to stop and think about this for a minute.’

Never attribute to malice that which is adequately explained by stupidity.”

That’s another way of saying that a dark, malign conspiracy – of the sort that is inevitably hypothesized when things go disastrously wrong as they have in Afghanistan – is much less likely the author of disaster than is the pure incompetence on the part of those in charge.

OK, fine. There are plenty of us who have long believed that Joe Biden is a bumbling hack. His former boss, President Barack Obama, is credibly quoted as having said, “Don’t underestimate Joe’s ability to f*** things up.” In his 2014 book, former Defense Secretary Robert Gates said of Biden, “I think he has been wrong on nearly every major foreign policy and national security issue over the past four decades.”

Biden is a boob. We get it.

But are we being asked to believe that no one in the administration could foresee that surrendering control of Afghanistan to the Taliban prior to getting our own citizens safely out could have profound negative political consequences for the president and, by extension, Democrats? Though I don’t think they’re good at much else, I’ve always credited Democrats with being good at politics. How could they have not played the political “what if” game with respect to Afghanistan? (Remember the assertion above regarding a nominally bright high school sophomore.)

And now that things have turned to worms, why the stubborn refusal to even consider extending the artificial August 31 deadline for being out?

As I see it there are two possibilities. One is that the entire administration truly is cosmically incompetent. Hanlon’s Razor says that that is the most likely explanation.

But the other is that someone we can’t see is actually calling the shots.

Pick one or pick the other. Both possibilities are terrifying.