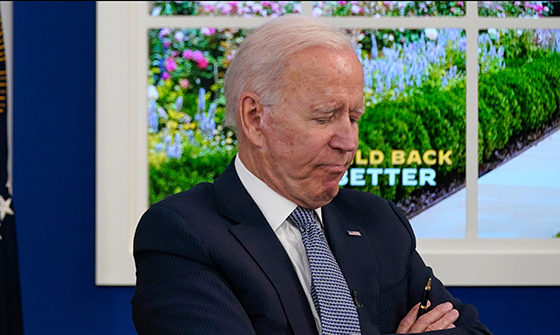 Seldom do I agree with anyone on CNN but there’s this from CNN’s Jake Tapper.

Brutal is a good word. According to a Quinnipiac University poll of 1,300 adults conducted earlier this week, President Biden’s overall approval rating stands at just 38 percent. That’s down from north of 50 percent as recently as August 1.

According to this latest Quinnipiac poll, Biden is underwater on every important issue. Take the economy. Just 39 percent approve of Biden’s performance as it pertains to managing the economy while 55 percent disapprove. On his job as Commander in Chief of the military, 37 percent approve while 58 percent disapprove. On foreign policy: it’s 34-58.

And, of course, there is the massive chaos playing out day-by-day on the Mexican border. Twenty three percent approve of Biden’s handling of it while 67 percent – two out of three – disapprove. (And you really have to ask yourself what those in the 23 percent are thinking.)

When you dive into the numbers you find that Republicans disapprove of Biden by a 94-4 margin and that Democrats approve by a margin of 80-10. No real surprises there.

But the really bad news for Biden lies among independents – the voters that actually decide elections. Sixty percent of independent voters now disapprove of Biden compared to 32 percent that approve – a margin of nearly two to one.

Far from being the moderate that Democratic grandees hand-picked over socialist Bernie Sanders, Biden has pursued a leftist agenda and spending spree that might actually make Crazy Bernie blush. One example of said leftism is Saule Omarova, Biden’s nominee for Comptroller of the Currency. Omarova is a Cornell law professor who was born and educated in the Soviet Union and is an unapologetic proponent of Soviet-style communism.

This wasn’t the deal we were offered. Biden was supposed to be the grown up. The moderate. The experienced old pro. The nice guy-uniter that a Trump-weary country so desperately needed.

What we have instead is a doddering man who has trouble finishing sentences and avoids questions from the media. A man whose policy initiatives are the most far left in American history and whose incompetence in Afghanistan has frightened our allies and emboldened our enemies.

Such is the reality of the Biden presidency as compared to the prospect thereof.

So, given that reality, a show of hands, please. First, from you independents and squishy Republicans who just couldn’t stomach Trump; how many of you would like a 2020 election do-over?

RELATED: At best or at worst

And from you Democrats; are you mentally prepared for the shellacking you’re going to take in the 2022 midterms?

Actually, don’t raise your hand. Just remain silent and be honest with yourself.