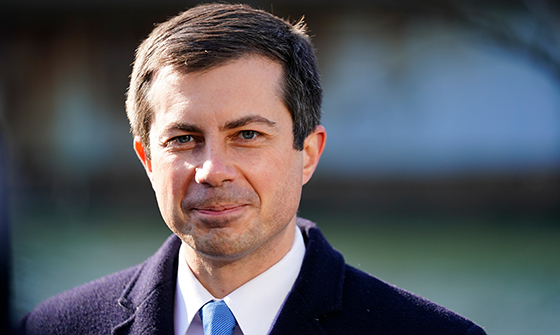 High gasoline prices are and will always be a huge political problem for the party in power. Just ask Jimmy Carter.

Here in 2022, as it was in 1979, high gas prices are bedeviling the Democratic Party and the Biden administration is in full damage control mode. Toward that purpose, they sent Secretary of Transportation Pete Buttigieg out last Friday to explain things to us.

The secretary was trying to sell the idea that we are all just going have to get used to high prices at the pump until one glorious day in the sweet by & by when the sun rises on a “clean energy” America. While peddling that vision, he dropped this gem.

Until we achieve a form of energy independence that is based on clean energy created here at home, American citizens will still be vulnerable to wild price hikes like we’re seeing right now…”

In another appearance, Mayor Pete offered us this:

Last month we announced a $5 billion investment to build out a nationwide electric vehicle charging network so that people from rural to suburban to urban communities can all benefit from the gas savings of driving an EV.”

Whenever I hear pontification about “clean energy”  from an elite leftist I can’t help asking; Does this person really believe what he is saying? Is he really this uniformed, or worse, this stupid? Or is he just being deliberately dishonest in pursuit of a political aim?

It’s one of those and I can’t say for certain which is worse.

Let’s take these in order, starting with American “clean energy independence.” No such thing is in the offing. If you thought being dependent on the Middle East for oil was bad, just wait.

Lithium and cobalt are two rare earth materials that are essential for making electric vehicle batteries. China dominates the mining and refining of both. The Congo is the source of most cobalt and China has bought up most of the Congolese cobalt mines.

Libs like Buttigieg want the electricity for those electric vehicles to come from wind and solar power. Never mind that more than 90 percent of solar panels in the U.S. are imported – from China. The same for more than 80 percent of key wind turbine components. We are effectively selling out our economic future to a totalitarian regime that hates us.

If I know these things you’d think Mayor Pete knows them, too. Yet he prattles on – unmolested by the legacy media – about American clean energy independence.

As to all the money people are going to save on gas by driving electric vehicles, there’s this. Even at $5.00 a gallon, it will take a long time to bank the extra $30 thousand that the cheapest Tesla costs compared to a Toyota Corolla. “Go buy an electric car,” is the 21st century woke-liberal equivalent to “Let them eat cake.”

It’s one of three things with elite libs. They’re embarrassingly ignorant. They’re not very bright. Or they know better and just don’t care.