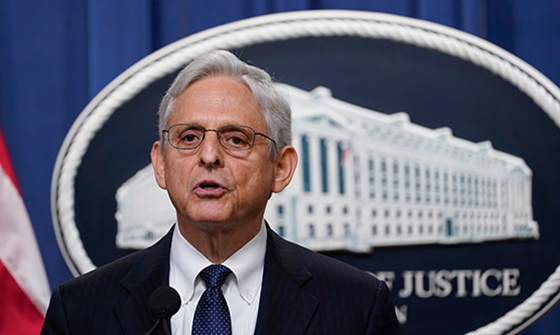 I’m about to say something that might make your head explode. So please, sit down, take a deep breath and hear me out.

I hope the Department of Justice has something on Donald Trump that constitutes clear, unequivocal and undeniable evidence of criminal wrongdoing. I hope they have him dead to rights.

Because if they don’t, Lord help us.

Given the recent history of the Department of Justice, given that they pursued a three year-long “Russian collusion” persecution of Donald Trump despite knowing from the jump that the predicate for that investigation was a crock; given that in the face of clearly indictable wrongdoing by Hillary Clinton that same DOJ gave her a pass; given that they are now doing the same with respect to clear evidence of criminal wrongdoing by President Biden’s son, Hunter; given that at least half the country now believes that the DOJ has one set of rules for ruling class Democrats and another set of rules for pretty much everyone else…

…if the DOJ doesn’t have a clear-cut, slam dunk case against Donald Trump, they have now infected the blood, bone and sinew of American society with a potentially terminal disease.

If it’s the latter, the United States has crossed a Rubicon from which there is little chance of safe return, putting survival of the republic in doubt.

Fully half the country now distrusts the Department of Justice. Any reasonable observer can look at the DOJ’s recent history and call its objectivity into question. Any prosecution of Donald Trump will play out against that backdrop of distrust. Thus, my statement saying that I really do hope they have the goods on Donald Trump.

But with prior cries of, “wolf!” still echoing, I strongly doubt that they do.

And that scares me to death.

Because of the way the DOJ has behaved, it is reasonable to suspect that rather than seeking justice, they simply want to disqualify Trump for office and are willing to go to any length to do so. If that is true, people in the heartland aren’t just going to quietly sit there. The DOJ will have unleashed furies that they can’t control.

If Merrick Garland’s DOJ indicts Donald Trump, as seems probable, Trump has almost no chance of receiving a fair trial before a District of Columbia jury. Upward of 100 million Americans believe this.

Between now and the time a case against Trump goes to trial, the DOJ will likely engage in a drip, drip, drip campaign of innuendo and selective leaks with the goal of freezing out and/or destroying the people in Trump’s orbit.

With all of this in process between now and the early 2024 New Hampshire Primary, with Trump spending millions on legal fees while being pilloried every day on social media and the alphabet networks, the Department of Justice will be signaling all other Republican candidates that might dare to challenge the Washington ruling class. The message will be unmistakable:

“You wouldn’t want this to happen to you, would you?”

Should he be tried, Trump’s almost inevitable conviction in a D.C. court will certainly be appealed and the appellate trail will wind toward the steps of the Supreme Court. Insomuch as SCOTUS is now viewed by the ruling class as a “Trump court,” the resulting onslaught against the court will make the recent Dobbs decision reaction, which included personal attacks on the homes of individual justices and an assassination attempt against Justice Brett Kavanaugh, look like an ice cream social. (You will recall that the DOJ took little action against the thugs and idiots that threatened and harassed the justices and their families.)

All to say that a politically driven prosecution of Donald Trump on ginned up, process-centric, weak-beer charges carries grave implications. For that reason, they’d better have Trump on something substantial.

I’m betting you now that they don’t.