Things I wish for. 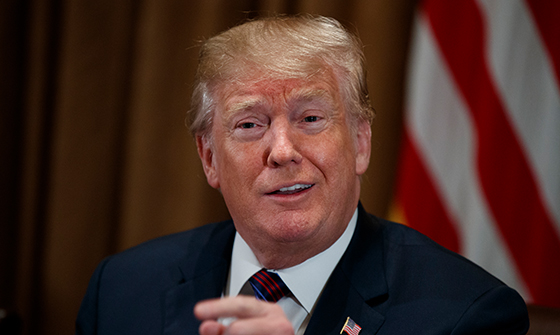 The world is not perfect. In the area of politics and policy, I have come to understand that not only is it not perfect, it’s downright lousy, mostly. So it has been since the dawn of the republic.

Still, I wish some things were different. I have a list, actually.

For starters, I wish Donald Trump had kept his pants zipped. Let sordid things attendant to sex be the province of Dems like Bill Clinton and Anthony Weiner. I’d like it a lot better if the guys on my team could own the high ground on the subjects of sex, women and their behaviors attendant thereto. If Trump had kept his fly zipped, there would have never been a reason for Michael Cohen, his personal attorney, to have paid a gold-digging porn star $130,000 to keep her mouth shut. Then there would be no predicate for Robert Mueller raiding Mr. Cohen’s office and home to go deep diving for any little morsel to take down a duly elected president.

I’m being selfish on this one. President Trump’s policies by and large are helping my business and I wish he would be left alone to keep pursuing them. The fewer distractions, the better.

Since I’m wishing I might as well wish that George H.W. Bush had read his own lips and not raised taxes. That likely would have spared us the election of Bill Clinton. That would have given us the double benefit of being spared the entire horror of Hillary.

Still closing my eyes and dreaming, I wish that George W. Bush had done a better job in the days immediately after deposing Saddam Hussein. Perhaps then clear victory would not have devolved into deadly chaos, destroying W’s presidency and severely damaging the GOP.

On the subject of Republicans, I wish that Mitt Romney had grown a pair and taken a vulnerable Barack Obama down in that debate on foreign policy. Romney of course did no such thing. He stood there with weak smile on his face looking like Ward Cleaver – thus forfeiting a winnable election.

And they’d also honestly and forthrightly tell us that there is probable cause to believe that the Clintons committed multiple felonies and that the Justice Department grossly abused its powers.

That’s five wishes by my count. Like Aladdin, I’d settle for any three.

Hell, just grant me one.