This guy needs to go. 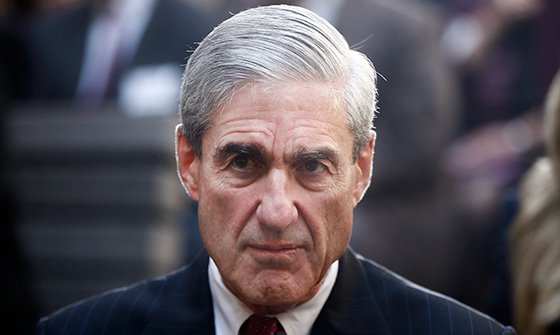 Opponents and even some supporters of Donald Trump can often be heard saying, “If he has nothing to hide, he should have no reason not to talk to Robert Mueller.”

Oh, how wrong they are.

Imagine this scenario. Your neighbor Jim gets transferred to Singapore and before he moves he decides to just give you his old bass boat. You take it but six months later you realize you’ll never use it and you put a “For Sale” sign on it. Before long a guy comes along and buys it for $1,500. You deposit the money in your checking account.

A couple of years later, your boss gets in trouble with the feds about his taxes. He lawyers up and does everything possible to avoid prosecution. The feds decide to squeeze your boss by squeezing subordinates like you. They start asking you questions, one of which is, “Have you ever cheated on your taxes?” You think to yourself, “No, they withhold taxes from my paycheck.” So, you tell the investigator, “No. I’ve never cheated.”

That’s when they confront you with the $1,500 you’d long since forgotten about. You had no cost basis in that old boat and therefore the proceeds from selling it were taxable as ordinary income.

Bam! You’re now in real trouble. Not because you didn’t pay the two or three hundred dollars tax on the $1,500 but because you lied to a federal agent. It’s a felony. You’ll probably avoid prison, but you’ll spend a massive sum doing so. You might have to sell your house. Your retirement savings and your kids’ college fund will be wiped out. In the end, you’ll make a deal with prosecutors to plead to a felony in return for a probated sentence.

You’re now – and for the rest of your life – a convicted felon.

It’s called a “process crime” and federal prosecutors get convictions on such crimes all the time.

All to say that Donald Trump has every reason to resist Robert Mueller. As we’ve just learned from our bass boat story, almost no one can emerge from a federal investigation unscathed – particularly an investigation that has a separately dedicated staff and a limitless budget.

There was never any actual probable cause to initiate a special counsel investigation into Donald Trump. Assistant Attorney General Rod Rosenstein cited no violation of any federal statute when he appointed Mueller as special counsel – something the special counsel statute specifically requires.