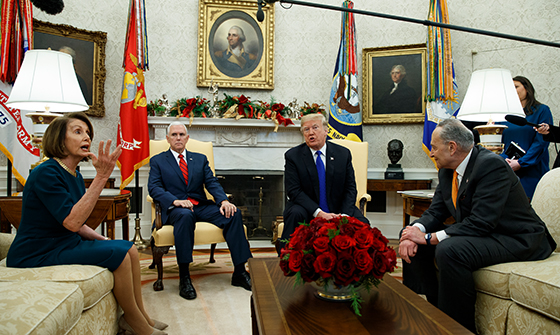 Think back to the 2012 presidential campaign and Mitt Romney. As you may recall, the Democrats and their media enablers very successfully painted Romney as a rich, out-of-touch ‘one percenter’ who could never possibly understand the concerns of ‘ordinary Americans.’ In response, Romney fecklessly treated us to home movies of himself and his family loading up the station wagon and going on vacation.

It didn’t work. Romney was never able to shake the media-created image of silver spoon Brahmin. The Richie Rich meme stuck to Romney like a wet suit.

With that recollection in mind, jump ahead to June 2015. In the first few minutes of his announcement for the presidency, Donald Trump, in making the point that his presidency wouldn’t be beholden to PACs and big-money lobbyists said, “I’m really rich.” In an instant, and even though Donald Trump is by several multiples more wealthy than Mitt Romney, the issue of wealth was off the table. The Dems and the media never raised it once because they knew that if they tried, it wouldn’t work. Many times throughout the campaign Trump bragged on his personal wealth with complete impunity. Working class stiffs voted for him in sufficient numbers to lead him to an upset victory over the heavily-favored Hillary Clinton.

Taking that recollection, jump further forward to this past Tuesday. Sitting in the Oval Office with Democrats Nancy Pelosi, who will be Speaker of the House in about three weeks, and Senate Minority Leader Chuck Schumer – and with the cameras rolling — the president loudly and proudly said that he would be perfectly willing to shut down the government if the next funding bill didn’t include money for his border wall.

Just like that, Trump ripped from their hands the cudgel that Democrats have used on Republicans at every budget impasse. “I will take the mantle of shutting down, and I’m going to shut it down for border security,” said the president. It was a master stroke of reality TV from the master of the genre.

Of course, the media is sputtering and fuming and carrying on. But let them. Every second of air that they give to the story further cements in the minds of those who voted for him that Trump means to keep his promise. He ran on stopping illegal immigration. He ran on building a border wall. If it constitutes the only leverage he has to keep those promises, a government “shutdown” is a feature, not a bug. (“Shutdown” is in quotes because we have learned from prior “shutdowns” that the federal government is so all-pervasive that it cannot actually be shut down.)

In one move, Trump outed the Democrats as the open border advocates that they are while simultaneously giving cover to Congressional Republicans (if they’re smart enough to use it).

It was a Trump tour de force. And if it’s any indication, it portends a long two years for soon-to-be Speaker Pelosi.