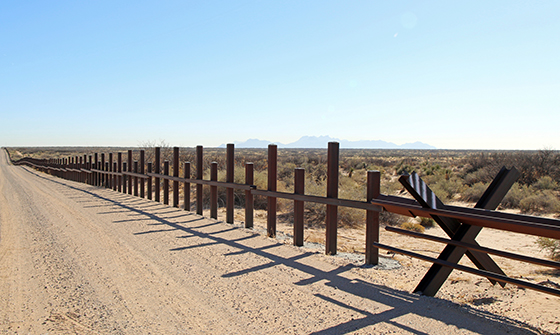 Righty pundits and politicians have pointed out repeatedly that many of the very same Democrats who are currently saying ‘No Way, José’ on President Trump’s border wall have, in the past, voted for a border wall.

…the prevention of all unlawful entries into the United States, including entries by terrorists, other unlawful aliens, instruments of terrorism, narcotics, and other contraband.”

The law calls for a number of measures, most notably 700 miles of double-layered fencing in five segments from Tecate, California to Brownsville, Texas.

So two questions arise. First, why, then, do we need another vote on a border wall? And second, if top Dems like Schumer voted for a physical barrier in 2006, what’s the problem in 2019?

The answers to both questions serve to reveal just how fetid the swamp really is.

First, why is another border wall vote necessary? Simple. What no one told you in 2006 was that the money to actually pay for the barrier was not a part of the bill. The money to pay for it was left to come from future appropriations. And when Republicans lost control of Congress in 2008 – concurrent with the election of Barack Obama – those appropriations never materialized.

Thus, to no one’s surprise, the project was never finished. Of the 652 miles where some form of barrier was built, only 36 miles consists of the double-layered fencing that is specified in the law. Nearly half of the 652 miles consists only of “vehicle fencing,” which is a euphemism for stand-alone waist high metal posts that can stop a car but won’t stop someone on foot.

Second, what’s Chuck Schumer’s objection now? Again, simple. There’s a real risk that this time the wall may actually happen. Unlike 2006, an election year in which Republicans simply wanted political credit for passing some sort of a border wall bill, Donald Trump wants to actually get a border wall built – just as he has promised. And this time, Donald Trump has leverage. He won’t sign an appropriations bill to re-open the part of the government that is on furlough unless there’s money in it for his wall.