Welcome to the real world Class of 2019. 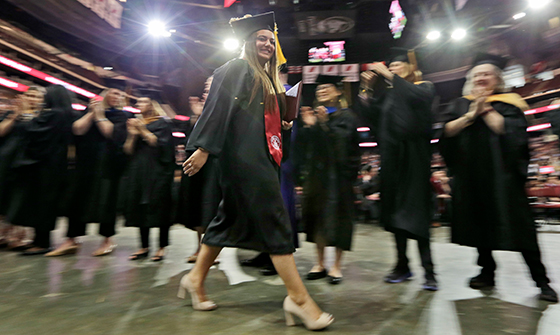 Graduation season 2019 has come and gone and we stand now at the time of year when many new college grads begin the process of confronting real life.

That confrontation can mark the beginning of an awakening by a college grad to the fact that he or she is the victim of a colossal scam that came at a colossal price tag.

For decades it has been dogma in this country that every single high school kid should, upon graduation, embark upon a four year college degree. This came about because sociologists and economists and other great thinkers observed that over the course of a career, college graduates earn more than those who don’t have a college degree.

But here in 2019, as the Gershwin song says, “It ain’t necessarily so.” At one time a college degree was a fairly reliable proxy for one’s education and chances of lifetime success. A four-year degree was evidence that the degreed individual was possessed of a useful and generally applicable fund of knowledge that included English, history, mathematics, civics and studies specifically relevant to the individual’s intended career. A degree was evidence of education. Today a college degree and an education are actually two different things.

Soon enough, many graduates of 2019 are going to learn that the hard-left, anti-capitalist curriculum in which they have been immersed for the past four years has little to do with self-sufficient, successful and productive adulthood.

Few people in the real world trying to get to work and cover the bills are “woke” – the word now used for a hypersensitive awareness to any number of perceived societal injustices. (And by the way, shouldn’t a college grad know that the correct word is, “awakened?”)

College students today are to varying degrees taught (read: indoctrinated) to abjure capitalism. (All while graduating college not knowing what “abjure” means.) Yet they expect to be amply provided with the goods, services and comforts that only a capitalist economy can provide.

A disappointingly high percentage of college graduates – and those of us who fund their degrees via federal student loans, grants and other higher education subsidies – have been ripped off. In the time between when we went to college and now, the American higher education system has been hijacked by far-left academics who have turned our once proud universities into academic gulags where indoctrination has taken the place of debate and inquiry.

So out you come Class of 2019 into the real world, many of you with heads full of mush. If that description hits too close to home, you have two choices. One is to move back in with mom and dad. The second is to resolve to free your mind from its four years of intellectual bondage, get a job and set about actually learning something.