California as Exhibit “A” 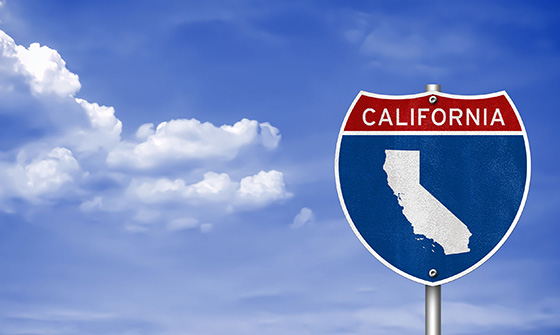 From time to time, you’re going to find yourself in a social setting somewhere having to debate a liberal. Avoid it if you can, it’s a complete waste of time. If you score any points, it’s almost a certainty that you’ll be called a racist.

Second, if you find yourself debating a liberal, don’t start with him or her about free markets vs. government control, the horrendous impact that 50 years of federal welfare programs have had on black families, or any of the other perfectly valid criticisms of liberalism. Those arguments just bounce off of a liberal.

Instead, point to California. (But read Victor Davis Hanson’s recent article at National Review Online first.) As Hanson so trenchantly explains, California is rapidly becoming America’s first “Third World” state. California, once the richest, most vibrant, most exciting state in the union – the state that can legitimately claim to be the birthplace of the American middle class – is crumbling before our eyes.

Even though California is home to breathtaking natural beauty, a long, Asia-facing coastline, excellent deep-water ports, a Mediterranean climate and an abundance of arable land, timber, minerals, natural gas and oil, the state is nevertheless degenerating into fiscal insolvency and social chaos.

California is home to the tech industry and the resulting billionaires. It’s home to Hollywood and the movie industry and a large cohort of über-rich producers, directors, moguls and movie stars. Some of the grandest, most expensive homes in the country are in California.

Yet, the state is nevertheless coming to be defined by its grinding poverty. More than one in five of all homeless people in America live on the streets of California. Once gleaming cities like Los Angeles and San Francisco now have streets covered in used hypodermic needles and human feces; with entire sections of those cities given over to homeless camps. Typhus – long thought to have been essentially eradicated in the U.S. – is making a comeback in Los Angeles County.

The state’s roads and bridges are crumbling. Its over-taxed middle-class citizens are leaving – many headed to Texas – and are being replaced by a flood of poor, illiterate, illegal immigrants.

California – the most naturally wealthy state in the union – is sliding into a miasma of dysfunction.

So how does this help you in your debate with a liberal? Simple. California has been run by liberal Democrats for a generation now and the results are undeniable. Liberals always want to be credited with the goodness of their intentions. California saddles them with responsibility for the results.

Want to please the crowd in the bleachers watching your argument with a liberal? Use California as Exhibit “A.” It’s a winner.