The moment that will never come. 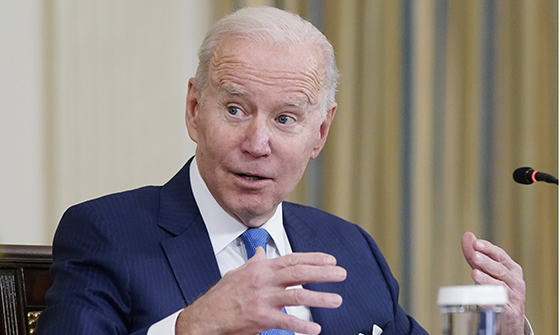 In spring 1992, four Los Angeles police officers were acquitted on charges of using excessive force against Rodney King, a young black man. Riots erupted in Los Angeles and over the course of about six days, 63 people were killed, close to 2,400 were injured and more than a billion dollars-worth of property damage was done.

In the wake of those riots, a rapper who calls herself Sister Souljah was interviewed by the Washington Post and in that interview, she defended the rioters.

Bill Clinton, in the middle of the presidential campaign that he will go on to win, spoke at an event hosted by Jesse Jackson. He said this:

You had a rap singer here last night named Sister Souljah. I defend her right to express herself through music. But her comments before and after Los Angeles were filled with the kind of hatred that you do not honor today and tonight. Just listen to this…what she said. She told the Washington Post about a month ago and I quote, ‘If black people kill black people every day, why not have a week and kill white people. [snip] And when people say that, if you took the words white and black and you reversed them, you might think David Duke was giving that speech.’”

We on the right didn’t much care for Bill Clinton at the time and we still don’t. But when compared to our current Democratic president, Clinton looks positively Churchillian. That’s because Biden is now in desperate need of his own ‘Sister Souljah moment.’

The crime wave that is destroying major cities like Los Angeles, Chicago, New York, San Francisco and others; and the leftist racism that is rending the very fabric of our society, begs for the same level of denunciation by President Biden as that leveled against Sister Souljah by candidate Bill Clinton in 1992.

Biden should have been at the recent funerals for two NYPD police officers who were ambushed by convicted felon Lashawn McNeil.

He should be loudly calling out far-left, soft-on-crime district attorneys like Manhattan’s Alvin Bragg, San Francisco’s Chesa Boudin and other blue-city DAs who self-righteously decline vigorous prosecution if the accused happens to be a minority.

And it is way past time to reject out of hand the idiotic and dangerous idea that arresting a criminal for committing a crime is conclusive evidence of “systemic racism.”

Joe Biden was sold to us as a moderate. He is nothing of the sort. No Sister Souljah moment is coming. Biden has been hijacked by the far-left wing of his party and the predictably horrendous results can no longer be covered up by the media. Democrats are likely to suffer an electoral shellacking this November. Well and good for the Democrats.

But America is suffering right now.