Let’s explain it to David Brooks. 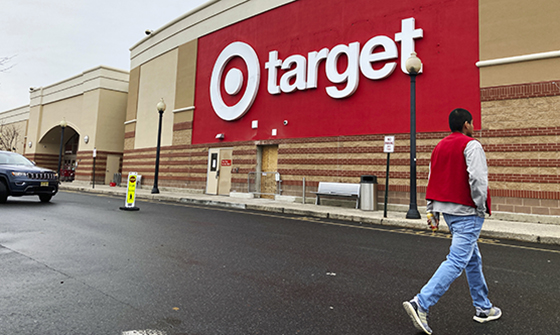 David Brooks is the token “conservative” at the New York Times. (Note the quotation marks.) His conservatism is relative and can be called such only in comparison to his NYT colleagues.

A friend of mine sent me a piece that Brooks wrote in mid-January bearing the headline, “America Is Falling Apart at the Seams.” The piece laments that the social fabric is fraying, that we’re divided and at each other’s throats and that drug use and depression are on the rise while charitable giving is on the wane. Near the end he writes, “What the hell is going on? The short answer: I don’t know.”

Well, David, let’s see if we can suss it out for you. The actual short answer is this. People who get up every day and go make the country work are tired of getting screwed by the people you pal around with. How so? How much time do you have?

Let’s start with the fact that millions of poor, uneducated, social services-consuming peasants are being encouraged by Joe Biden to illegally invade the country. Not merely being allowed, mind you, actually encouraged.

There’s inflation. The gallon of gas that cost $2.40 a year ago costs $3.44 today. A gallon of milk cost $2.90 pre-pandemic. Today, it costs $3.79. David, you can probably take that extra expense in your stride. Millions of working people can’t.

Thousands upon thousands of small, independent businesses into which the owners had invested the entirety of their personal wealth were forced by elitist government officials to shut down during the pandemic while “essential” businesses – like Target Stores – were allowed to remain open. Target, which sells clothing, saw its stock price nearly triple. The clothing store in the strip center space next door went out of business.

On the subject of COVID lockdowns, Johns Hopkins University just confirmed what many of us believed from the start and risked public opprobrium for daring to say out loud. Locking down put individual liberty in peril while doing more harm than good.

Also, on COVID, we were told that we must vax up, mask up and shut up – or else. Why, then, throughout the pandemic did we keep seeing Democrats and lefty swells out in public having a grand old time maskless? From California governor Gavin Newsome hobnobbing without a mask at a swank Napa Valley eatery to Matt Damon, Jay-Z and others maskless at the Super Bowl, we came to understand that when it comes to rules about wearing a mask, rules are for little people. (To be fair, fans were flouting the mask rules at the Super Bowl, too. But that only further begs the question, why do Dems in government keep insisting upon them?)

I could go on (I haven’t even mentioned unprosecuted crime, BLM riots, etc., etc.) but here it really is, David. It’s all of a piece. Working people – the people that Ivy-educated liberals insist come on the double when the air conditioning goes out – are tired of the dripping condescension. They’re tired of the hypocrisy. They’re tired of rules for thee but not for me from lefty elites.

That’s why the country is grumpy, David. Look around you. Is it really that hard to figure out?