Is this the new normal? 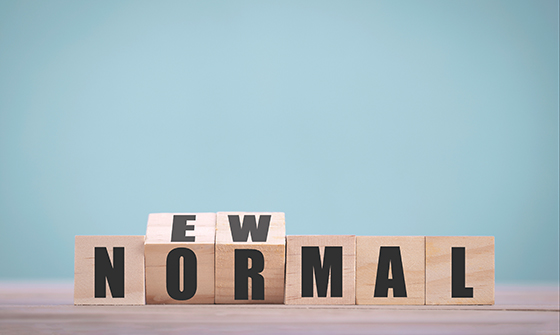 Here’s what I remember. We kept talking about how long it was going to take for things to get back to normal. Today, by most outward appearances, things have gotten back to normal. Restaurants and movie theaters are open. Kids attend school in person and few of us are still wearing masks.

But appearances can deceive. Things can appear to be a certain way and yet be unable to withstand closer scrutiny.

So, here’s a sobering question. Are things normal? Or is failure our new normal? Beneath a thin veneer of what looks like pre-COVID America does there lie an America that can no longer get anything right?

Once thought to be a relic of the 1970s, inflation is now back with a vengeance. So, too, are high gasoline prices. As recently as this time two years ago, if you shopped a bit, you could fill up for less than $2.00 a gallon. That was because of the abundance of petroleum we were producing in America at the time. For the first time in many decades, America was a net energy exporter.

Today, the American oil & gas industry stands hobbled by Biden administration policy even as gasoline is said by experts to be headed for $6.00 a gallon by Labor Day. As Americans struggle to afford gas to drive to work, President Joe Biden – the man whose lefty-greenie energy policy caused the problem – actually said out loud on Wednesday that he has no idea what to do about it.

Parents of newborns can’t get infant formula. The reason: the Food & Drug Administration took 40 percent of the country’s formula production offline with nary a thought as to how the inevitable shortages would be addressed.

Crime is up by double, and in some cases, triple digits in cities all across the country. That’s because of leftist legislatures, mayors and district attorneys who refuse to appropriately punish and incarcerate the sociopaths who commit crimes.

Thousands upon thousands of poor, uneducated migrants are illegally entering the country every month via our essentially open southern border. Along with those who are simply seeking a better life come criminals, sex offenders, drug dealers, nascent terrorists and a river of a deadly drug called Fentanyl.

These problems, along with many others, do not spring from a natural catastrophe or some other act of nature. All of them are policy failures. The good news is that policies can be changed. The bad news is that this administration is unlikely to do so.

Meanwhile, we’re becoming used to incompetence and failure. It’s becoming our new, post-COVID normal. And that’s something that frightens me greatly.