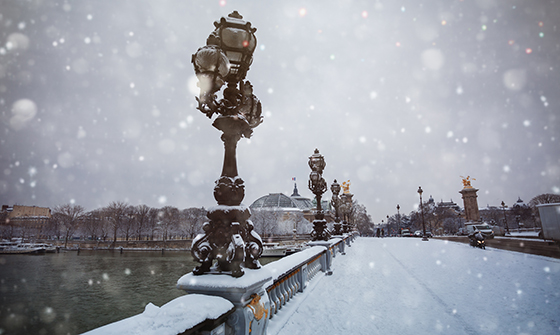 On a certain level I find lefty-greenie, environmental whack-o activists amusing. It’s entertaining to listen to them make idiots of themselves yapping about “environmental justice” and the “sustainability” of things like electric vehicles and wind and solar electrical generation.

In lefty-greenie world, you flip the switch and the lights come on. So clean. So carbon neutral. Magic!

So, like I say, I usually find lefty-greenies mildly amusing.

But maybe not so much anymore. The whole greenie thing is about to become a lot less amusing – particularly if you happen to live in Europe.

It’s going to be a long, cold and very expensive winter in Europe. After pursuing a blindly green energy policy for a couple of decades, Europe’s greenie chickens are coming home to roost. Plain and simple, even the most optimistic projections of winter energy supplies in Europe make it clear that there’s not going to be enough energy to meet projected demand.

Said French president Emmanuel Macron in a speech last week, France has come to “the end of its era of abundance.”

The citizens of Germany are actually hoarding firewood.

Europe’s winter looks grim. Utility bills for average working Europeans are going to go through the roof and many will struggle to pay those bills. High energy costs and projected energy shortages are expected to have a profound impact on European industry and manufacturing. Higher costs for just about everything are inevitable.

The lefties will try to pin all the blame on the war in Ukraine and the resulting disruption of energy supplies from Russia. Those disruptions are a factor.

But the fact is, the looming energy crisis in Europe is a textbook example of a politically driven self-inflicted wound. Europe is paying the price for listening to the likes of Al Gore and Greta Thunberg. Greta Thunberg, at age 15 managed to radicalize Sweden’s energy policy – a radicalization that spread across Europe.

The left’s aversion to oil and gas has gone from being merely silly to potentially deadly. If you don’t believe me, ask Elon Musk, the undisputed king of electric vehicles. He summed it up nicely, saying, “…without oil and gas, civilization will crumble.”

Watch what happens in Europe very closely this winter. Absent a change in direction here, Europe will serve as a preview of things to come.