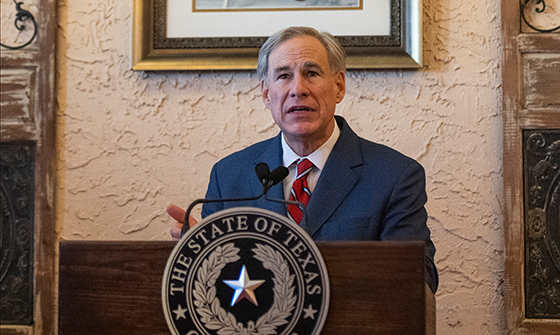 Yesterday, a client of mine asked for my help writing a statement saying that it will still be necessary for customers to wear a mask when shopping in his store.  That request was in response to Gov. Greg Abbott’s executive order on Wednesday that supersedes his executive order from last July mandating that we all had to wear face coverings in public and that businesses like restaurants had to operate at reduced capacity.

When Abbott’s order dropped Wednesday, Twitter exploded. So did the heads of many in the northeast media. One such talking head called Gov. Abbott a “murderer.”

That’s because no one – including our Uniter in Chief – actually read the order. (No one save for me. And you, if you click here.) Here’s the key portion of what it actually says:

In all counties not in an area of high hospitalizations…a.) there are no COVID-19-related operating limits for any business or other establishment; and, b.) individuals are strongly encouraged to wear face coverings over the nose and mouth wherever it is not feasible to maintain six feet of social distancing from another person not in the same household, but no person may be required by any jurisdiction [emphasis added] to wear or to mandate the wearing of a face covering.”

In other words, the governor restored to the people of the State of Texas the freedom to make their own decisions regarding their safety.

My client, and retailers like Kroger, Walgreen’s and Target, immediately exercised that freedom and said that shoppers still need to wear a mask. A local restaurant owner tells us that he’s going to hold off going back to 100 percent capacity. One of my wife’s friends said last night that she’s going to keep wearing a mask and avoid places where masks aren’t required.

The left is in a tizzy over Abbott’s order but not out of concern for potential increased illness or loss of life. (If they were concerned about that they would have long since called for New York governor Andrew Cuomo’s scalp over the 15,000 nursing home deaths directly attributable to his idiotic policy decisions last spring.)

No, what the left is riled up about is the loss of control that Abbott’s executive order represents. Liberals love control. They thrive on it. They wither and die without it. That’s why they have lionized Gov. Gretchen Whitmer in Michigan and Gov. Gavin Newsom in California despite the dystopic, COVID-wrought hellscapes in those states – while waging jihad against Gov. Ron DeSantis of Florida, whose decision to leave Florida open for business and allow Floridians to make their own decisions about masks, social distancing, etc. has proved to be a demonstrable success.

The COVID pandemic gave the left control over everyday life in America in ways they never imagined possible. They’re not going to relinquish that control without a fight.

Judging by the reaction to Gov. Abbott’s order Wednesday, that fight’s going to be a doozy.