Which man for these times? 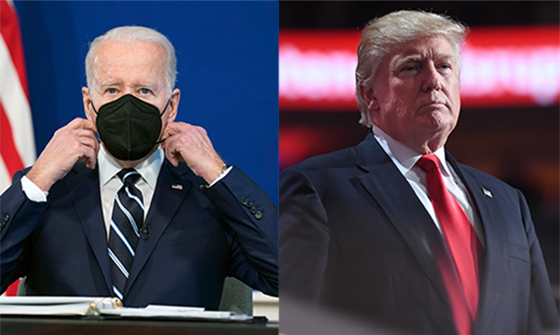 The radio station where I worked for six years in Dallas was the first in the market to abandon music and take up a pioneering format that we now call news and talk. There was no template and we were mostly making things up on the fly. Early results were not great.

The job of program director became a revolving door. They came. They went.

Then one day along came a guy I’m going to call Bill (because most of the parties to this story are still alive).

The company in this story was pure button down establishment. We were all careful to wear the “right” suits and to conduct ourselves in the “right” way. Appearances mattered greatly.

Into that environment the radio gods dropped Bill. Bill was personally off-putting. His demeanor was borderline toxic. He swore way too much. His wardrobe decisions were positively catastrophic. The simple fact was that Bill just didn’t fit.

But here’s the thing. Bill actually had a clue. He was among the first in the radio industry to grasp the gestalt of news/talk radio. To the great initial discomfort of nearly all of us, Bill started making changes. Soon thereafter, things started working. The station started to sound good. Audience reaction was positive. Ratings improved. Revenue improved. Optimism began to blossom. Some of us dared to think we were actually on a roll.

But, sad to say, Bill’s personality loomed larger than his work. The company suits (a company that netted more in a month from television than it grossed in a year from radio) just couldn’t hack Bill.

So, Bill was run off. His replacement “looked the part” to the suits but was otherwise as clueless as all who had come before. All the ground that Bill had helped us gain was lost within six months. Eventually, the company got out of the radio business altogether.

I’m sure you’re way ahead of me in realizing that this story almost exactly parallels that of Donald Trump vis á vis Joe Biden. The difference is that the stakes are much higher. An entire nation is on the line.

But by far the biggest problem is that the wealth and hegemony that the United States has enjoyed since World War II is rapidly dissipating. For nearly 80 years our national wealth and strategic power have covered a lot of sins. We could afford to grade presidents disproportionately on style. But our national wealth is getting smaller while our sins are getting bigger – both at a frightening pace.

Which raises the proposition that Donald Trump was less the aberration that his opponents would have you believe and more a man of his time than has yet been appreciated.