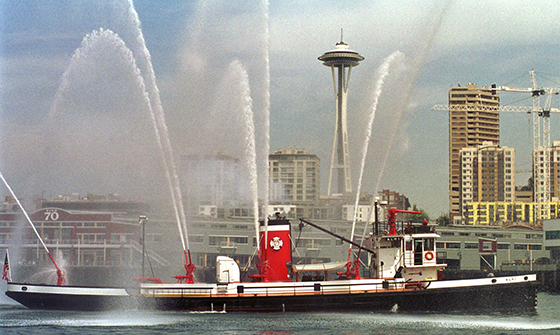 When Democrats have total control of cities, they tend to go soft on crime in the name of racial equality, use public funds to line their own pockets and those of their cronies, heavily tax their most productive businesses and citizens all the while saddling future generations of residents with crippling pension liabilities set up in return for electoral support from public employee unions.

As a result, once great American cities begin to fail, falling into dysfunction, population decline, business exodus and irreversible decay. Examples include Detroit, Baltimore, St. Louis, Chicago, Oakland, Philadelphia and Newark – among others. These once booming cities have in common the fact that they have been run by Democrats for decades. Only Baltimore and Oakland have had Republican mayors as recently as the 1960s. The rest have been dominated by Democrats for 60 years or more.

All are now significantly smaller, all are in terrible financial shape and all are beset by crime, gang wars and rampant drug use.

This history should be a cautionary tale to the citizens of Seattle, Washington. Seattle is currently riding high. It’s home to companies like Amazon, Starbucks and the airliner division of Boeing. It is one of the top places to be for young, liberal, college-educated millennials.

But the oh-so liberal Seattle city council has done what hard left Democrats who run successful cities do. They voted nine to nothing this week to impose a tax of $275 per employee per year on companies with $20 million or more in gross revenues. (It could have been worse. The original proposal was $500.)

The tax will affect a significant number of what you and I would call small businesses. Let the exodus begin.

Big company or small, an employee head tax is pure liberal idiocy. It comes from the same fevered leftist brains that voted a $15 per hour minimum wage in Seattle, thus foreclosing entry level employment opportunity for countless young people just starting out and thereby setting the predicate for future crime and homelessness.

A basic tenet of economics states that if you tax something, you get less of it. It’s an amazing irony that the same pontificating politicians who go on endlessly about “creating” jobs would in the next breath enact a tax on employment.

From my safe remove in Texas I can tell you that any affected Seattle employer who can reasonably locate to a suburb will forthwith do so. Amazon, Seattle’s largest employer, took notice. It seems that Jeff Bezos isn’t quite as liberal when it’s his own money. The company immediately announced a freeze on work on its new Seattle office building.

The stated purpose of the employee tax is to provide funds to deal with Seattle’s growing homeless problem. That’s truly rich. Because when you run businesses out of the city by taxing the very thing that keeps people off the street – namely a job – you can be sure that the homeless problem will only get worse.